NF Academy West gives motivated players in Rogaland, Sogn og Fjordane and Hordaland the opportunity to join booth local and international programs. Players will have the opportunity to challenge themselves in an environment where development is in focus.

Our head coaches have long experience from top Portuguese academies using the Portuguese football Methodology, proven to be one of the most successful ones in the last decade.

We value a unique individual follow up where Players on one-year program have the opportunity to have regular individual meetings and follow up from our coaches.

In our Facebook group and Instagram profile for NF Academy West you have the opportunity to get firsthand information about new events, read local news, see videos and photos and interact with our local representatives.

NF Academy has a vision to contribute to develop international top players. See the overview of local players who have been training with top international academies and been selected for national, regional and professional clubs in the region. 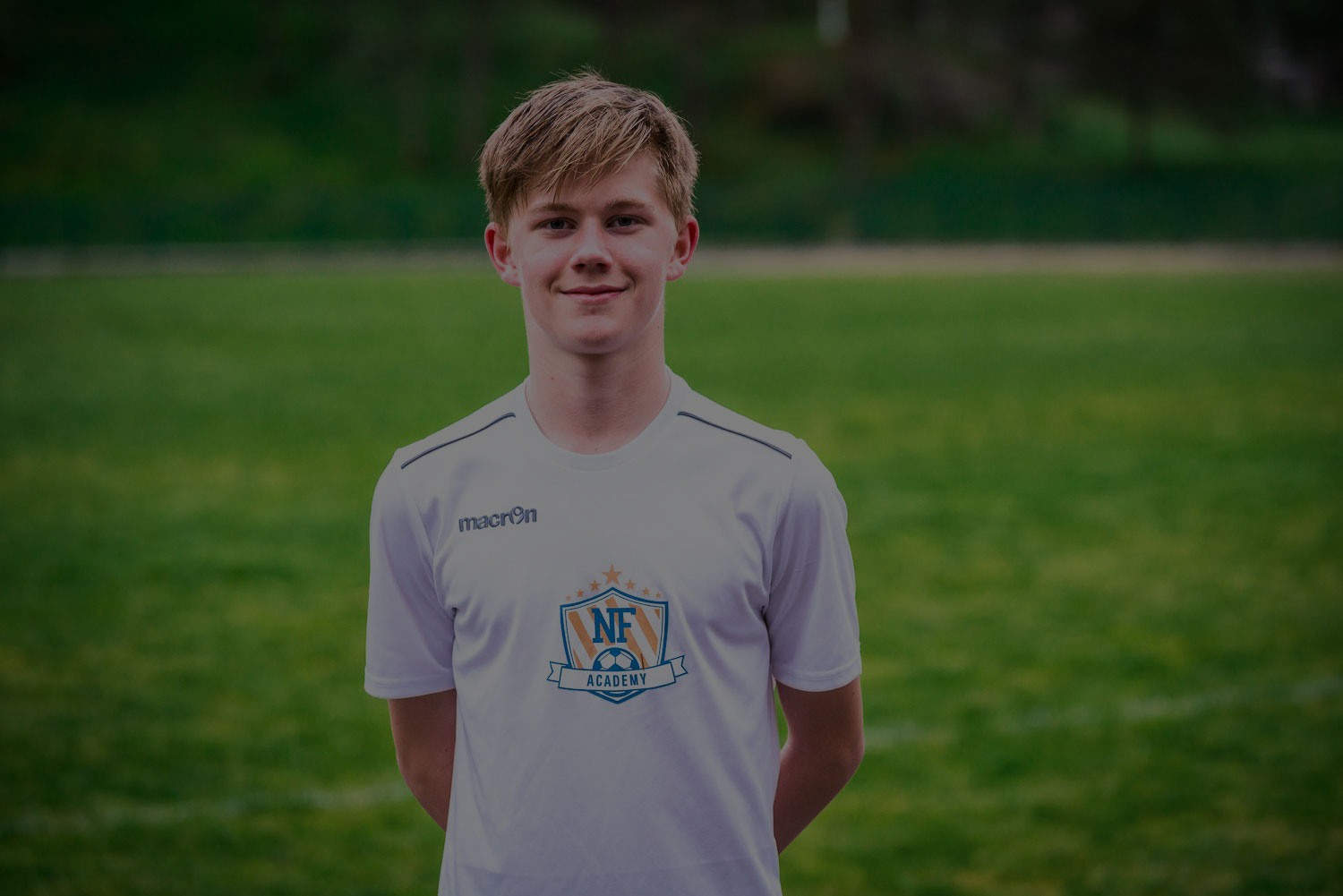 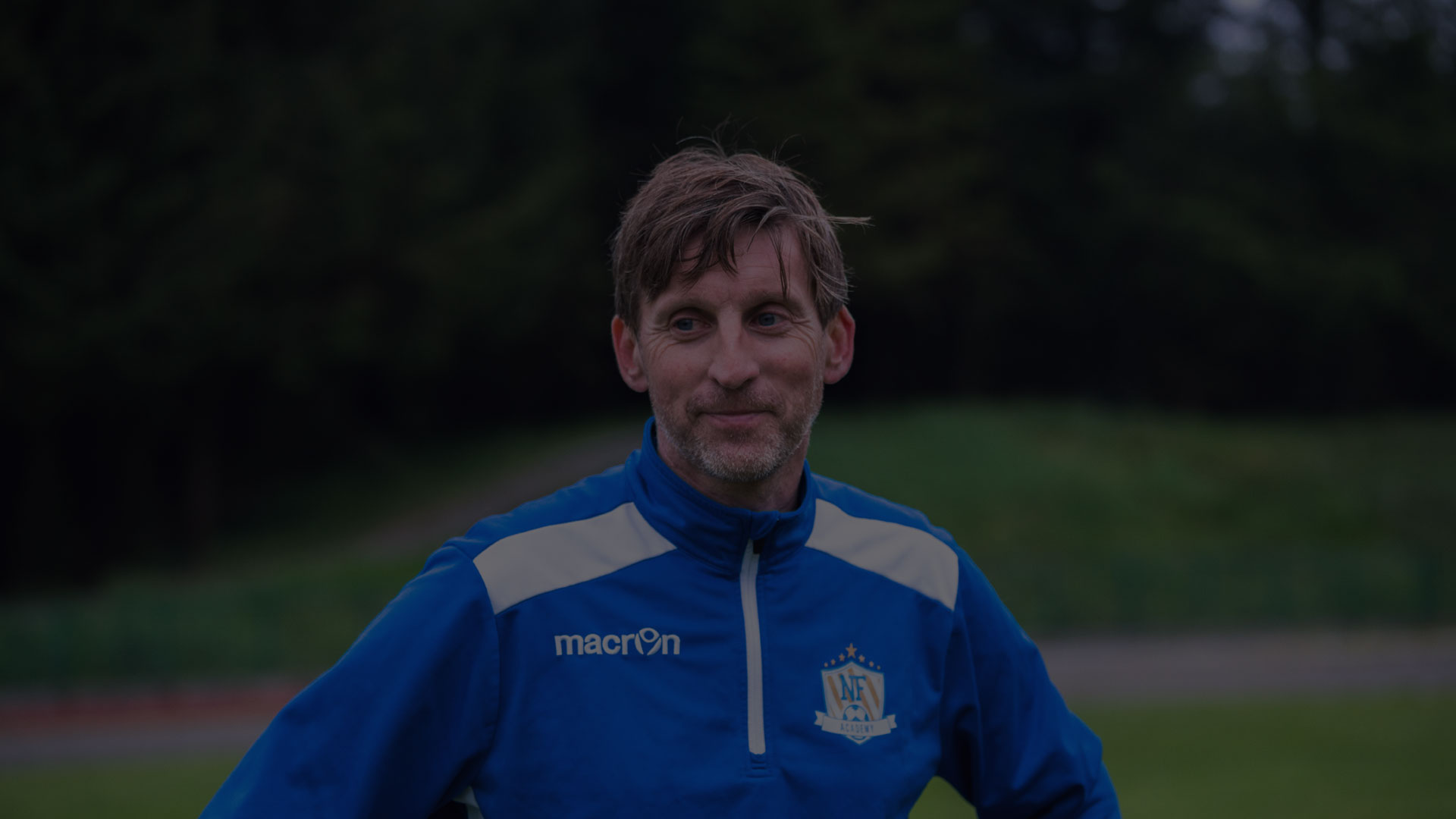 Are you interested in challenging yourself in a new country, play matches against top teams and learn to integrate with players from many new places?

Consult with our local representatives to identify which international programs that suits you.

NF Academy has a strong focus to help the top players in the region to make a professional career.

To prepare players for international football we start the integration process with top European academies early to give players experience and create career pathways to professional contract. In our local programs we evaluate players for trials and trainings with top academies.

Sporting Academy is our main partner and during 2019 we have had a total of 16 players training with SCP.

We offer local programs for booth girls and boys. In addition we have a strong focus on developing goal keepers where we bring a own goal keeper coach to many of our events.

Through autumn- and wintertime players have the opportunity to apply for a program with 5 weekend events where we combine training in a team setting with friendly matches. From Team Training players will also be selected and invited to represent NF Academy West in Riga Cup and Future Cup.
Read More

Local Camps in holidays and weekends
Throughout the year we have camps in weekends and holiday periods where we give quality training and select players for international programs and training with top academies. The different programs we offer is:
– NF Weekend Training
– NF Winter Training
– NF Autumn Training
– NF Spring Training
– NF Girl Camp
– NF International

Individual Training
Improve your individual skills by participating in our individual training sessions. We run the sessions with high intensity and small groups (5 to 10 players) where we focus on improving technical skills.
Se event calendar for information about theme for the different sessions. Each session is normally 60 minutes.

Coach rental and Coach Course
We offer local clubs and teams the opportunity to rent our coaches to run sessions and have coach courses. Contact us for a proposition to program and price.

«I participated with NF Academy’s U13 team, which was great! Vi got to the quarter final, where we lost to Sporting CP on penalties. It’s not the best way to go out of a competition, but the whole setup is great with some very good coaches!”
Niklas Haugland, Leeds U23 and Norway U17 national team

“I would say my time with NF Academy has helped take away the challenging aspect that new situations can produce, such as getting national team callups, changing clubs or taking further steps as a player. Their programs are on a high level, with good coaches, and there are players from different nationalities who seek the same as you. It really makes you develop both as a person and a player.”
Oscar Fuglesang, Silkeborg and Denmark U17 national team

«João Plantier has played an important part in my career for several reasons. He gave me freedom and believed in me. We had a close relationship, and he monitored me the whole way. João gave me feedback on what I needed to improve during matches, and last but not least, he was very good at constantly providing me with new challenges.”
Zeca, Captain of FC Copenhagen and Greece national team

“I played together with same very good players and trained under very competent coaches. First and foremost, it was a great experience, and I got a good reference on what level the best teams in Europe were on. Such programs carry a lot of worth, because they later on make the transition to new teams and levels easier.”
Kristian Arnstad, RSC Anderlecht and captain of Norway U16

“The training sessions are on a very high level, and there are exercises I have never participated in before. I have learned a lot, which I take with me to my training back home in Norway”
Dylan Ryan Murugesapilla, Lillestrøm and captain of Norway U15

“I am very happy with last year’s NF Academy participation in IberCup. It was very exciting and inspiring to get to play in a team with so many good players from Norway, Sweden and Denmark. I got motivated to give even more after having played against and seen how good oponents from countries such as Portugal, Spain and Mexico were.”
Fredrik Oppegård, Vålerenga and Norway U17

Send us your contact request, we will return as soon as possible and present to you all the benefits of joining the NF Academy programs.